In order to maintain our commitment to social distancing and safety, we have implemented the following changes :

IMPORTANT: To help avoid confusion, we would like to emphasize that we ARE in compliance with the current province-wide restrictions ordered by the Provincial Health Officer (PHO) on November 20, 2020.

The current order states that “Restaurants, pubs and bars can continue to operate as long as they have a COVID-19 Safety Plan and employee protocols in place.” 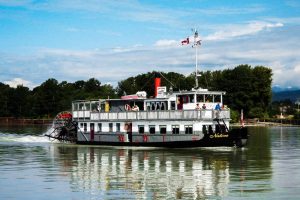 Today we announce that, after 31 years of continuous operations in New Westminster, we are temporarily pausing all future scheduled cruises of Paddlewheeler Riverboat Tours.

When owners Doug and Helga Leaney launched their paddlewheeler tourism service featuring the 100-Passenger MV Native in 1991, it became the first authentic passenger-carrying sternwheeler to operate on the Fraser River out of New Westminster since the old SS Skeena retired in 1925! Since then, Doug and Helga have been running a variety of scenic tours & charters on the Fraser River including to Ladner Wetlands, Pitt Lake, and Historic Fort Langley, hosting tens of thousands of passengers, including thousands of BC residents who love to show off the natural beauty & history of British Columbia “From the River point of View” to visiting family and friends.

This past year, BC Tourism has been one of the hardest hit sectors of our economy. However, our tour-boats were approved to resume full operations in July 2020, with the 100-passenger MV Native and the 40-passenger catamaran Beta Star starting the 2020 season again with fully approved 50% passenger capacity, featuring rigorous distancing measures, sanitation, and other cleaning procedures to keep passengers and crew safe. Doug has his Master’s Certificate, and remains the Native’s principal captain, while Helga is the general manager of the company. Many of their close-knit crew have been with the company for ten to twenty years and it has more the feeling of a family than a company.

31 years of BC Tourism history maybe on pause. However, there is hope of a new beginning under new owners, allowing scenic river cruises to once again flourish on the Fraser River in British Columbia.

A thriving BC Tourism business in normal times, another operator could continue the tradition of river cruises on the mighty Fraser River, allowing visitors to enjoy the history and beauty of British Columbia from the river point of view! The Sternwheeler MV. Native and the BetaStar are both fully certified by Transport Canada and feature a fully licenced on-board Restaurant and Bar, allowing for the provision of hospitality services to cruise passengers, private & corporate charters, weddings, and not forgetting our popular Pub Night cruises.

Currently, the Leaney’s are inviting “expressions of interest” to sell their business to a new operator in time for a resumption of cruises for the next BC Tourism Season starting in spring 2021, and beyond.

Signed by:
Doug & Helga Leaney,
and the staff, officers, and crew of Paddlewheeler Riverboat Tours. 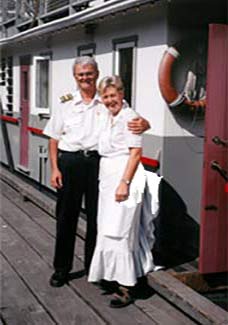 “See BC from the Fraser River point of view”
In the spring of 1989, Doug and Helga Leaney started a long tradition of Fraser River cruises with their first commercial boat, the Inlet Cruiser.

We cruise the mighty Fraser from our dock in New Westminster and feature cruises up river to Fort Langley or down to the historic fishing village of Steveston at the river’s mouth.

We also can take you out into the breathtaking back-country wilderness of Pitt Lake, or out for a narrated lunch cruise, Sunset Dinner cruises or fun Friday-night “pub” dance parties on the Fraser River. 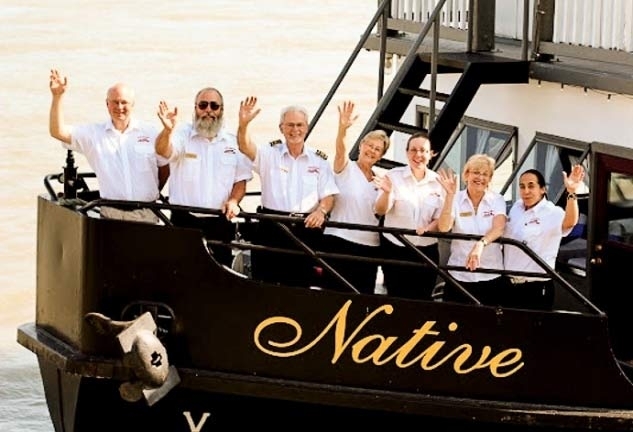 Get the latest Paddlewheeler News!

We are a family-owned company operating our flagship paddlewheeler, the
100-passenger M.V. Native.

We feature both scheduled cruises and private charters on the Fraser River, upriver to Fort Langley and down to the historic fishing village of Steveston.

Signup and  we’ll send you the latest Paddlewheeler news and info!